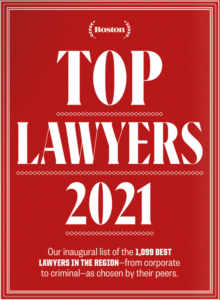 Notable Litigation Cases: Attorney Jacobs has litigated numerous business-related matters (as legal counsel for the plaintiff and defendant) in civil lawsuits before the Superior Court’s Business Litigation Session. His focus is on B2B breach of contract, owner v. owner disputes, breach of fiduciary duty, embezzlement, self-dealing, fraud and ‘freeze-out’ cases.  He also has experience litigating claims against a business’ competitor for violations of the federal Lanham Act including false and/or misleading product advertising, trademark infringement and commercial disparagement. This case involved discovery and depositions in 3 countries, 2 continents, and 4 states. He has successfully arbitrated claims for fraud and breach of contract, among others, on behalf of an investor against a franchise corporation and its founders/investment promoters. He recovered the client’s investment plus attorneys’ fees, costs and interest on behalf of the investor-client. In a case involving a business-client’s claims against a joint venturer for trademark infringement and breach of a non-disclosure / non-compete / non-solicitation agreement, Attorney Jacobs succeeded in obtaining a temporary restraining order against the defendant prohibiting use of the client’s trademarks, logo / graphic and copyrighted materials and, later, a six-figure judgment.  Attorney Jacobs obtained a favorable jury verdict on behalf of a business client in a recent trademark infringement and dilution case. He has also achieved numerous settlements through the use of aggressive and strategic litigation.

Other: Travis was a Member of the Committee for Public Counsel Services’ Criminal Appeals and Post-Convictions Panel for nearly 6 years. As a CPCS Panelist, Travis represented indigent defendants on appellate matters and drafted numerous appellate briefs and Requests for Further Appellate Review for submission to the Appeals Court and Supreme Judicial Court. He has appeared for oral arguments on numerous cases before the Massachusetts Appeals Court and Supreme Judicial Court including one that was a case of first impression and one that received national attention.

Some notable CPCS Appeals include Commonwealth v. Miller, 78 Mass.App.Ct. 860 (2011), where a motorist was stopped because a rear-view camera obscured the phrase “Spirit of America” on his license plate. The defendant was arrested for OUI. On appeal, the Court held that the trooper had based his stop on a mistake of law,  namely, the entirely erroneous belief that a stripe on the defendant’s license  plate violated 540 Code Mass. Regs. § 2.23(3). Travis also recently argued for the Defendant before the Supreme Judicial Court in Commonwealth v Heather Duncan, an appeal that received national recognition for its impact on Fourth Amendment protections against unreasonable search and seizure and animal rights in Massachusetts. Travis filed a Petition for Writ of Certiorari with the United States Supreme Court seeking review of the SJC’s decision in Duncan, but the case has since resolved.