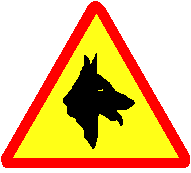 In its decision, the SJC chose to extend the emergency aid exception to the warrant 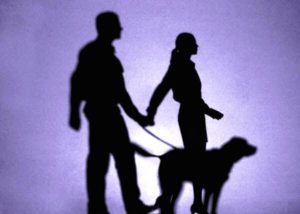 requirement to non-human animals. In basic terms, and in practice, this means that law enforcement from any government agency now has the authority in Massachusetts (and many other states that have addressed this question) to enter, search and seize evidence from one’s property and home without a warrant if the purpose of entry was to render aid to a non-human animal reasonably believed to be injured, in danger of injury or in ‘distress’.  The SJC did not limit the scope of its decision to domestic animals. The ‘distress’ or outward expression of injury by a non-human animal could be recognized by a ‘distressed’ bark or meow, could be the result of an absence of food, water or shelter or could be the observation of an imminent attack on a domestic animal by a wild animal – all of which could now be used to justify warrantless entry into one’s private property and home. Any contraband of interest to law enforcement or other government agents, whether related to the animal’s injury or distress or not, would be subject to seizure.

Regardless of where you stand with regard to the propriety of this ruling, it constitutes an erosion of the rights and protections afforded to humans by the 4th Amendment of the U.S. Constitution in favor of the protection of non-human animals. In effect, humans are now subject to a broader range of warrantless searches and seizures, now for the protection of animals.

Unfortunately, in practice, we may find that government agents take advantage of the searches and seizures this ruling affords them in a variety of foreseeable and unforeseen scenarios. For example, imagine law enforcement is engaged in a pre-existing investigation of an individual and agents use the ‘distress’ of a non-human animal to make a warrantless entry, search and seizure of the individual’s home. What about a situation where two neighbors are in a fierce dispute over their property lines. One neighbor has a dog and the other neighbor decides to call police and allege the dog owner intentionally injured the dog and brought it in the house. Will law enforcement respond to the home and treat the situation like a domestic violence call and demand entry without a warrant to check the wellbeing of the animal? Will law enforcement simply enter and search without a warrant? By extending the emergency aid exception to non-human animals, law enforcement lawfully on the premises (even without a warrant) can make arrest for unrelated contraband like fireworks, recreational marijuana over 1 ounce, and literally anything else.

But does it matter whether unrelated contraband is in one’s private home or not? Consider the neighbor scenario above; imagine

the neighbor is home eating dinner with his wife and two young children when police arrive. He refuses entry to the home because the allegation is a clear fabrication. Police arrest him for disorderly conduct or some other crime for refusing their lawful entry, and search the home for the injured animal reported by the neighbor, all in front of the two crying children. Sure, the neighbor may be charged with filing a false police report and the charges against him may be dropped but will remain on his record. And the memories of the incident will endure in the minds of his children.

We may very well find out the U.S. Supreme Court’s answers to these questions soon enough.

On July 10, 2014, the Jacobs Law filed a Petition for Writ of Certiorari with the United States Supreme Court on behalf of Ms. Duncan. In the Petition, we have asked the highest Court in the United States to review the SJC’s decision in Commonwealth v. Heather Duncan. A copy of the Petition for Writ of Certiorari can be found by clicking the link below.

Petition for Writ of Certiorari