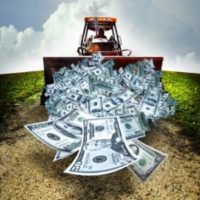 In Massachusetts the appeal of condominium ownership continues to grow. Both the Warren Group and the Massachusetts Association of Realtors reported that in March of 2018 the median sale price of a condo was significantly greater than that of a house. This median sale price has grown 16 to 20 percent compared to a year earlier on March of 2017. While this will undoubtedly encourage continued condominium development, all developers need to be wary of becoming ensnared by litigation from unexpected sources.

First, condominium developers should not take solace in any bylaw which attempts to limit the ability of unit owners or a condo association to pursue litigation.

In Trustees of the Cambridge Point Condominium Trust v. Cambridge Point, LLC, 478 Mass. 697 (2018), developers beleived they had protected themselves from a lawsuit alleging damages arising from facility construction defects. The condo association bylaws provided that the board of trustees could not bring any lawsuit against the developer relating to the facilities or common areas without the consent of at least eighty percent (80%) of the unit owners. The developers attempted to further stack the deck in their favor by retaining ownership of twenty percent (20%) of the units.

The Supreme Judicial Court of Massachusetts heard the case on appeal. In reviewing the case, the SJC ruled that this provision of the condo bylaws was void because it violated public policy. (‘public policy’ is a concept that basically means ‘contrary to the greater good or welfare of the public’).

Massachusetts public policy has been well-established to be strongly in favor of the safety and habitability of homes (including condos). Massachusetts courts have historically placed great importance on the implied warranty of habitability, and today are more than willing to rule generously in favor of homeowners.

The SJC recognized that the condo developer’s bylaw provisions along with the developer’s 20% ownership interest effectively prevented any lawsuit against the developer for construction or design defects. The SJC found this to be unacceptable.

Nevertheless, the Court did not rule out the potential for enforcement of a more reasonable bylaw restriction on litigation that requires a lesser, but perhaps still substantial, percentage of unit owners to authorize a lawsuit.

Therefore, while developers may have some wiggle-room to protect themselves from unit-owner lawsuits, developers who overestimate their own sophistication in this area may face a cold dose of reality when overly restrictive bylaws are reviewed – and invalidated or deemed unenforceable – by a Massachusetts court.

Second, condo developers should be more concerned with their (or their agents’) continued involvement as trustees of a condominium association. Often condominium developers appoint their own ‘agents’ or ‘representatives’ as the initial condo trustees. This is designed to allow the developers to retain significant control and power over the condo association’s operations and management. Typically this occurs early in the development process and while units are being initially sold. Sometimes the condo developer’s agents or representatives remain as trustees for long periods of time, often when there are multiple phases to the condo project.

The condo developers’ agents / representatives often will resign once there are enough unit owners to be elected to take over the trustee positions. Unfortunately for developers, these initial stints as trustees expose them to additional liabilities for breach of fiduciary duties.

A typical example of this type of liability was seen in Knowles v. Classic Builders, LLC, 2012 Mass. Super. LEXIS 400 (2012). In Knowles, Plaintiffs (unit owners) hired an engineer who claimed to have discovered construction defects in the condominium facilities. This occurred after the developer’s manager and construction foreman had resigned from the board of trustees. These alleged defects included a defective septic system, a significantly defective storm water drainage system, and improperly constructed asphalt-shingled roofs. Developers must realize that once an individual is a trustee, the trustee is saddled with a duty of loyalty. This duty of loyalty is owed to all of a condo trust’s beneficiaries. Trustees must administer their duties solely in the interest of beneficiaries (i.e. not the developers). Fiduciaries are obligated to reveal all instances in which their interests do not align with the beneficiaries’ (here, the unit owners).

Some developers may have a false sense of security by keeping themselves or their agents involved with a board of trustees. However, the more enmeshed the developer becomes in the trust management, the more likely a court will find that a fiduciary duty was owed to the unit owners generally.

It is also worth noting that the developer in Knowles thought that it was protected by an association bylaw which supposedly indemnified trustees for errors made in good faith. As discussed previously, public policy is heavily biased in favor of homeowners in Massachusetts. The Court quickly dispensed with the bylaw provision because the provision was designed to protect the developer from any legitimate claims against it arising out of its construction work. Once again, a developer’s attempts to cleverly avoid liability quickly imploded when placed under scrutiny in a Massachusetts court of law.

Finally, in addition to potential legal causes of action, condo developers should be cognizant of the fact that litigation insurance carriers may be fickle friends when a serious lawsuit comes into existence. In Fordera v. Arbella Prot. Ins. Co., 2018 Mass. App. Div. LEXIS 3 (2018), a former trustee and developer of a condominium complex was sued (along with others) for actions including the failure to repair defective construction and misuse of funds meant for the condo trust’s reserve account. Arbella claimed that the exclusion provisions of its Directors & Officers Coverage Form Policy allowed the insurer to avoid having to defend the developer. The developer then sued Arbella for its refusal to defend. However, the policy stated that claims, including: expected/intended losses, dishonest/fraudulent acts, and improper attempts to gain personal profit were not covered.

The Developer narrowly survived summary judgment due to Massachusetts’s “in for one, in for all’” complete defense rule. This rule states that since at least one of the claims was covered by the developer’s policy, Arbella had a duty to defend all of the claims against the developer. Nevertheless, this case is still not over and was returned to the lower court for further proceedings.

As these three issues have demonstrated, condominium developers (large or small) cannot afford to take the threat of litigation lightly. Unfortunately for condo developers in Massachusetts, litigation threats can lurk in unexpected places. However, an attorney experienced in condominium law and litigation can help you mitigate the risk of a lawsuit through clear advice and careful document review and drafting. If you are a condominium developer in Massachusetts, the Boston Business Lawyers at The Jacobs Law LLC can help! Contact us today at CONDO@THEJACOBSLAW.COM or 800-652-4783.