Business owners typically have little trouble with enforcement of arbitration agreements against disgruntled contractors or employees. Written arbitration agreements are difficult to overturn and are usually enforced; even in the context of employment agreements. However, In Ouadani v. TF Final Mile LLC (fka Dynamex), 876 F.3d 31, 33 (2017), the 1st Circuit Court of Appeals reminded ‘employers’ that the ability to compel arbitration is not unfettered and that care needs to be taken to craft and properly implement arbitration agreements to ensure their enforceability.

In Ouadani, the Plaintiff delivery driver delivered packages for a company called SBS. The Plaintiff-driver was engaged by SBS as an independent contractor. As a condition of performing the deliveries on behalf of Dynamex, Plaintiff was required to associate with SBS, a Dynamex-affiliated vendor. The Plaintiff-driver received his compensation and direction from SBS but the driver did not have a written contract with either Dynamex or SBS.

Dynamex, however, had entered into an Independent Contractor Agreement with SBS that included an arbitration clause. The Plaintiff-driver was never informed of the Dynamex-SBS agreement, any of its terms or the arbitration clause and, most importantly, thedriver never signed it.

When the Plaintiff-driver filed suit against Dynamex for misclassification as an independent contractor and various wage and salary claims, Dynamex sought to compel the case to arbitration pursuant to the arbitration clause contained in the Dynamex-SBS Independent Contractor Agreement.

Dynamex made three unsuccessful arguments attempting to force the parties to arbitration.

The second argument put forth by Dynamex was a claim of equitable estoppel. This doctrine prevents those who benefit from an agreement from knowingly taking advantage of those benefits while later claiming that no valid agreement existed. The Court rejected this argument even though the Plaintiff-driver performed deliveries and benefitted from the arrangement since he was wholly unaware of the Dynamax-SBS agreement. Therefore, the Court reasoned, the Plaintiff-driver could not knowingly exploit the agreement.

BOTTOM LINE: Arbitration clauses and class action waivers should be included in virtually every contract a business has with its employees and subcontractors. What this case presents is a difficult question – i.e. whether to also require the sub-contractors of sub-contractors to sign an agreement containing an arbitration clause and how much you should supervise or oversee that this is done. To be sure – doing so, or even having the sub’s subs directly sign a contract with your business – runs the risk that it will demonstrate ‘control’ and ‘direction’ over the sub-contractor’s sub-contractors – which could cause more problems than it is worth. The option with the least amount of additional risk is to require the sub-contractor to provide you with copies of each and every agreement for each and every sub-contractor of your sub-contractor. To many small business owners this probably sounds absurd – but given the state of current case law in Massachusetts and beyond, it is absolutely necessary to mitigate your risk of large-dollar class action lawsuits. And if the survival and growth of your business depends on the use of sub-contractors, you already are a tasty target for wage and salary lawyers. And the bigger you get, the more likely you are to get served with a class action lawsuit – it’s not a question of if, if it’s a question of when. 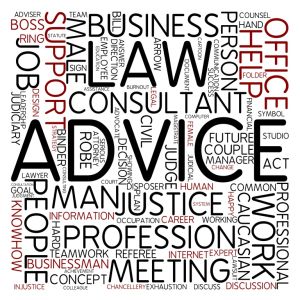 At The Jacobs Law LLC, we regularly employ the use of arbitration clauses and class actionwaivers in independent contractor agreements. These contracts also require sub-contractors to ensure that any of the sub’s subs also execute agreements containing arbitration clauses and class action waivers. But, we also recommend that our clients regularly (monthly) follow-up with the sub-contractor to ensure compliance. Although not a perfect solution, doing so will greatly mitigate your risk of a business-killing and personal-wealth devouring lawsuit.