The Jacobs Law LLC represents the estate of a man killed in a car accident on Route 95 on May 22, 2009. The deceased man was one of two passengers who died and others that were injured when a vehicle drifted out of its lane and struck a second car causing that car to strike the third car in which the decedent was a passenger. Plaintiffs filed suit against the corporate owner and operator of a substance abuse clinic that had provided the driver of the first car a dose of medication with highly sedative side effects approximately 30 minutes prior to the crash.

Defendant filed a Motion for Summary Judgment on all counts. However, Essex County Superior Court Judge, James Lang denied Defendant’s motion respective to Plaintiffs’ claims that alleged the clinic was negligent in its administration of the medication and had failed to issue adequate warnings against operating a motor vehicle after taking the medication. In so doing, the Court appeared to open the door to the existence of a special duty due to the uniquely different relationship between provider and recipient of the medication.

The Court wrote, “There can be serious no question that it was foreseeable to [Defendant] that its 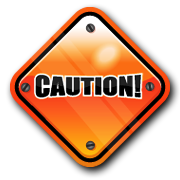 negligent administration of [the medication] to any of its patients, Doe included, could result in harm to members of the public in the precise manner in which the plaintiffs were alleged to have been harmed in the instant case. The materials that [the Defendant clinic] provided to Doe at his intake and the forms that he was required to sign make manifest the foreseeability that a patient could be impaired by the ingestion of [the medication], alone or in combination with illicit drugs, and that such impairment would make driving dangerous to himself and to others on the road. It is precisely for that reason that patients are advised not to drive when they are in a destabilized period, either because they have not yet adjusted to their [medication] dosage or because the impact of their illicit drug usage is undetermined. If the existence of a duty to the plaintiffs turned solely on whether harm to them from Doe’s impaired operation of a motor vehicle was foreseeable to [Defendant], the court would have no difficulty finding such a duty.”

At oral arguments during the motion hearing and in rendering its ruling, the Court seemed receptive to Plaintiffs’ argument that the relationship between the prescriber and prescribee, in the context of a substance abuse treatment clinic, was different from the traditional doctor-patient relationship. In his ruling, the Court wrote, “…this case involves a unique somewhat non-traditional doctor-patient relationship, one that is characterized by minimal direct contact between the two and a heightened risk to third parties in the event of a breach of the standard of care…Rather, it bears some kinship to those cases outside the medical context that have involved a foreseeable risk of an impaired driver causing an automobile accident and in which the Supreme Judicial Court has extended a duty of reasonable care to all those involved.” (emphasis added).