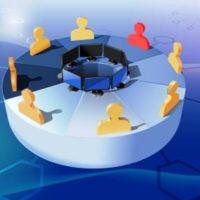 Business insiders and investors are well aware of the astronomical sums that many high-tech startup companies have been purchased for recently. Judging by headlines, it seems as if $1 Billion is the going rate for the acquisition of any hot new mobile app these days. Just look at Facebook’s acquisitions of Instagram (roughly $1 billion) and WhatsApp (approximately $19 billion). $1 billion also seems to be the baseline valuation figure for any new “successful” technology venture. Those companies currently, or projected to be, valued over the $1 billion mark include Pinterest, Snapchat, Airbnb,{Evernote, Uber, Spotify, Dropbox}, and Tinder, to name a few.

With dollar signs swirling in their eyes, many tech entrepreneurs are often confronted with the stark realities that the vast majority of tech startups fail. Because for every Instagram there are a thousand other {ideas, businesses, ventures, startups} that failed to even get off the ground. But for those who have gotten past the initial stages of developing their idea and believe they are on the cusp of becoming Silicon Valley-rich, many risks lie in wait. If the internet tycoon-in-training is not careful, these potential dangers could derail not only the success of the {company, business, venture} but the inexperienced entrepreneur’s control and ownership of the enterprise.

Startup founders need to be mindful of not only competition, but must also be wary of the other individuals involved in the early stages of the development of the company. One founder may think that he or she can completely trust his or her other cofounders (after all, they came up with the idea together as roommates in college or have known each other since grade school). Companies like Tinder and Snapchat, however, have recently learned the hard way that setting roles and expectations for early employees and founders is vital to protect the company, as well as all parties’ interests, into the future.

Recently, Snapchat announced in a press release that it settled a lawsuit brought against CEO Evan Spiegel, CTO Bobby Murphy and Snapchat, by Reggie Brown, a former fraternity brother of Spiegel and Murphy. Brown claimed he came up with the initial idea for the app, which enables users to send photos and short videos that vanish from devices and servers after a short time, and that he was then shut out from the vast riches the company has pulled in.

Coincidentally, the mobile dating app Tinder also settled a lawsuit brought by early employee, Whitney Wolfe, around the same time as Snapchat’s announcement. In the Tinder lawsuit, Wolfe claimed that her fellow cofounders, Justin Mateen and CEO Sean Rad, sexually harassed her and discriminated against her, before stripping Wolfe of her cofounder title and then firing her.

Both settlements were confidential, but judging by the sizeable net worth of the respective companies and the alleged cofounders’ claims, each presumably entitled to an equal equity share in the companies, the settlements were most likely substantial. These settlements serve as a cautionary tale for those looking to get into the tech startup industry.

Having an idea and the know-how to create a popular app or service is not enough. In order to protect the company and the interests of all founders, serious discussion regarding roles, control, ownership, and credit must be undertaken. These discussions must be memorialized in the entity’s founding documents from an early stage.   Operating agreements and bylaws lay out the expectations for those involved in the business and provide a framework for the business moving forward.

A poorly drafted operating agreement or bylaws, however, can be just as damaging to someone who believes that his or her interests are being protected. It is highly recommended that all founders meet with a {lawyer, legal representative} together when they decide to draft their incorporating documents, so that everyone can be on the same page and expectations are memorialized with input from all. And when someone comes into an a new venture after the entity has been formed, a review of any contract, member agreement or shareholder agreement by a business {attorney, lawyer} is key to ensure their interests will be preserved at the time of signing and well into the future.

Because as we are all aware, money (or the prospect of it) makes people do strange and unexpected things. This applies to venture capitalists, savvy business investors, and your best friends and family.

If you or your business is looking to take the next big step contact the experienced attorneys at The Jacobs Law, LLC, to help ensure that your business and your own interests are protected now and into the future.