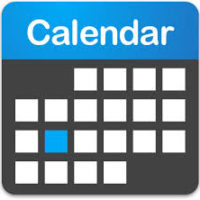 The first installment in this series is about the “workweek.” The Fair Labor Standards Act (FLSA) describes the workweek as “a recurring period of seven consecutive 24 hour periods” that can begin on any day of the week. This “work week” is fixed, as well as independent of the actual hours worked by the employee. This workweek is designed as a way to establish hourly rates. In Massachusetts as well as a number of other states, there are mandatory days of rest that are required to be given in certain circumstances.  Massachusetts requires employers of manufacturing, mechanical, or mercantile establishments to give their employees at least a full 24 hours of rest every seven days. Employers that fail to give these employees adequate rest, can be punished.

In a 2007 Massachusetts Superior Case titled Bujold v. EMC Corp, EMC fired a technical employee, Bujold, because he refused to work eight consecutive workdays. In retaliation, Bujold sued the company saying they violated the day of rest law. EMC claimed that because he worked in IT and not in a factory, that he was exempt from the day of rest law. However, the courts decided that the intent of the law was to provide employees with adequate rest, not to limit those employees to only people in factories. They also concluded that because Bujold worked on computers, which are “machines,” that he would be classified as a “mechanic,” which are expressly stated as having days of rest. Because of these findings, EMC ended up having to pay hundreds of dollars, and got plenty of bad press as well, going to show how important it is to comply with these laws.

If you have questions about days of rest or any other employment tops, feel free to contact us at info@thejacobslaw.com