Is my DocuSign Signature Enforceable? 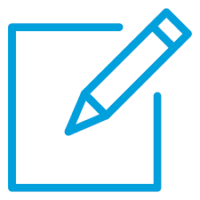 Electronic signatures are becoming increasingly more popular as technology evolves and people are looking for ways to become more efficient. The idea of being able to type your name into a computer instead of having to sign a physical document and send to different parties is very appealing, as it saves time, money, and effort. However, because an electronic signature is easier to forge than a written one, there are often questions about whether they are enforceable or not.

Because these regulations vary by state, it is important to understand the laws in your state before relying on any electronic document signature software or mobile application.

Massachusetts dealt with this problem as well in a 2014 case, Clean Props. v. Riselli. In this circumstance, Riselli had a lien placed on her home by Clean Props Water Company, but claimed it was invalid because she had agreed to the terms of her contact via electronic signature. Massachusetts allows electronic signatures for a mechanic’s lien, but requires that the contract is written. The judge found that Clean Props acted in accordance with this law, and that the lien was valid.

The main concern among courts regarding electronic signatures is the authentication of the signer. Physical signatures have been considered extremely secure and authentic for centuries, and a witness could always be provided for extra precautions. However, there is a common worry that electronic signatures are easier to forge or change. To combat these uncertainties, DocuSign, along with other electronic signature software systems, has implemented a comprehensive authentication process.  When sending out a document for a signature, DocuSign encrypts the file and provides records of who, when, when, and how the file was accessed. In addition, basic email and phone verification is offered along with a more secure access code or ID Check. It is in DocuSign’s best interest to ensure that the documents using their software are enforceable, so they take necessary precautions.

On the other hand, there is still no way to be positive that the person who is sitting in front of the computer signing the document is the person who’s name is on the document. For important contracts and documents, notaries are used to confirm the identity of the parties and authenticate their signature. Notaries have been vital in preventing fraud and ensuring that contracts are credible. When electronic signatures are used, often times the two parties are not together, thus there is no notary. This increases the chances of fraud, which would invalidate the document.

In 2018, a real estate appraiser was found liable for having his employees sign his name on their appraisal reports. While his employees were the ones doing the inspections, they were not authorized to sign the reports themselves so they were instructed to sign for their boss. This is obviously not allowed, and violates UETA. Despite this, the judge determined that there was no intent to defraud clients, so the appraiser was suspended instead of having his license revoked. This case shows the potential risk of fraud that comes with the use of electronic signatures, and that there may need to be more extensive verification methods.

One more risk that has not yet been addressed in depth is the moral implications of an electronic versus wet signature. A psychology journal published research in 2015 that concluded that someone signing a document electronically has less of a sense of involvement and obligation than someone signing a physical document. The implication is that this could ultimately lead to more contract breaches regardless of the enforceability.

So should you use an electronic signature?  The short answer is: it depends. Before you make that decision, it is extremely vital that you understand your states laws regarding electronic signatures, as there can be exceptions separate from the federal law. After determining the legality, it is up to you if you believe that you can verify the legitimacy of the signature. If you need advice on this topic, contact Boston Business Lawyers at The Jacobs Law LLC today at 1-800-652-4783 or email us at ContactUs@TheJacobsLaw.com