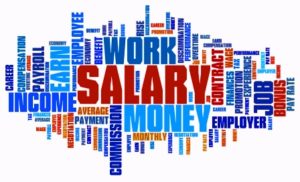 Recently determined in the Superior Court of Massachusetts was the applicability of the Single Integrated Enterprise Theory to Wage Act Claims. The judge in Fitzgerald, et al. v. The Chateau Restaurant Corporation, et al., determined that restaurant managers who worked for the same chain but at different, separately incorporated locations could bring a class-action lawsuit against the parent company for allegedly depriving them of paid break time in violation of the State Wage Act.

Traditionally, the courts have applied the Joint Employer Theory to determine employer liability, which would have resulted in each potential plaintiff individually suing the specific restaurant to which he or she worked. However, the judge ruled that the Single Integrated Enterprise Theory was equally applicable to Wage Act Claims, even though the standard to prove liability is much lower.

Joint Employer Test: Which allows employees to sue only their actual employer unless they can show another entity can:

Single Integrated Enterprise Test: If employees can demonstrate the following factors, it would be enough to support joint liability:

The court determined that it was reasonable to infer that the parent corporation and sister corporations were sufficiently integrated to impose liability because the chain of restaurants was owned and operated by the same people, using the same policies, and had only a few managers in each location. Therefore, the parent corporation and sister corporations should be single-employers for the MA Wage Act. This decision poses a severe impact to any Employer who runs their enterprises on an integrated basis. They also need to comply with all wage laws on an integrated basis fully.