The case discussed here is a fact pattern that has come through The Jacobs Law previously. A California employer with multiple offices throughout the United States has an employee who works in California and enters into an employment {contract, agreement} that contains a {non-compete, non-competition} provision. However, California has essentially banned {non-compete, non-competition} restrictions on employees – which is why some California employers choose a more ‘favorable’ state in the forum selection and choice of law provisions of an employment contract.

That is essentially what the plaintiff-employer did in Oxford Global Resources, LLC v. Hernandez, No. 1684CV03911-BLS2 (Mass. Super. Ct. June 9, 2017). In this case, the employer sued the employee in Massachusetts for breach of the non-compete provision of the contract. 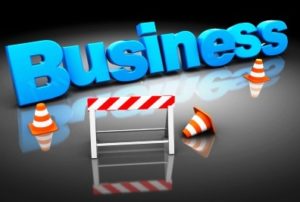 In summary, this was a case where there were no connections between the employee and Massachusetts, but for the choice of law provision selecting Massachusetts. It was an attempt by the employer to enforce a non-compete on a California-based employee using the governing law of Massachusetts since non-competes are contrary to California law.

So when the employee filed a motion to dismiss, the Massachusetts Superior Court allowed it, ruling that the employer’s lawsuit against the former employee for breach of a non-compete agreement must be dismissed. In issuing its ruling, the Court found that the forum selection clause would effectively allow the employer to side-step California’s public policy against enforcement of non-compete agreements. The Court also found the Massachusetts forum to be an ‘inconvenient forum’ to litigate the issues and facts of this particular case because all the relevant witnesses (and evidence) were in California and could not be compelled to testify in Massachusetts, and because California had a greater interest in the litigation than Massachusetts (the competitor the employee worked at was in California and all the business interests allegedly injured due to his conduct were in California).

So why is this case important?

Although this case is a non-precedent-setting superior court case, it does provide business owners some insight into how a judge would rule in a similar scenario. If the facts were even slightly different though, this case may very well have been decided differently. For example, if the competitor the employee later worked at were in Massachusetts, or if the employee travelled between a Massachusetts office and an California office of the Plaintiff-employer, or even if the employee originally worked from Massachusetts remotely for the same employer – the Court may very well have denied the motion to dismiss and allowed the case to be litigated here in Massachusetts.

It also demonstrates the importance of your {business, contracts, commercial, corporate} {lawyer, attorney} spending the time to ask the right questions and obtain the background facts necessary to draft an enforceable contract. All too often these days, business owners want the cheapest, fastest contract – which is often a boilerplate contract downloaded from some legal services website. And all too often the document is not worth the paper it’s written on. An ounce of prevention is worth a pound of cure.