Relatively recently Digital Insurance Cards have been marketed by some large {auto, car} insurance companies as a bonus feature of the insurer’s policy benefits and mobile {app, application}. To most people, this probably seems like a great and convenient idea: one less piece of paper in your car, one less thing to carry in your wallet / purse or one less thing to remember to bring with you when you leave the house. Gone would be the days of remembering to replace the old Digital Insurance Card with the new one – it would just magically update and upload to your mobile phone’s {auto, car} insurance {app, application}.

But imagine this scenario: 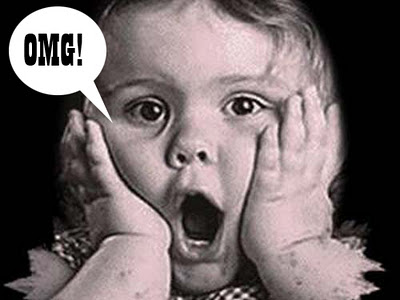 You’ve just been at the bar with your friends for the night. You’ve had dinner and a few drinks over a  two hour period, and you’re driving home. You get to a stop-light and while you’re waiting at the light you text your {friend, roommate, girlfriend, boyfriend}. In the text you write “Just on my way home from Trendy DiveBar, had a few drinks with Billy and Jimmy. I’ll be home in 10 minutes”. As you are driving down the road, you realize you are traveling slightly over the speed limit, but it’s too late. You’ve just passed a {cop, police officer, patrol car}, who lasers you going 62 mph in a 55 mph zone. Suddenly you see the flashing blue lights behind you – you are being pulled over. You stop. Your heart begins to race and your palms become sweaty as the officer approaches your driver-side window. “License, registration and proof of insurance please” the officer tells you. You calmly hand the officer your license, paper registration and your cell phone which has the image of your Digital Insurance Card on it. The officer tells you to wait while he confirms the information and write you a ticket or a warning…and he takes your cell phone with the Digital Insurance Card on it. What have you just done?

While the officer has your cell phone with the Digital Insurance Card on it, he/she decides to check your text messages – and sees the text you wrote just minutes earlier – it reads ‘…had a few drinks with Billy and Jimmy…’. The officer returns to your car window and asks if you have had anything to drink. Shocked, you hesitate to respond. The officer then asks you to step out of the vehicle to perform a field sobriety test and take a breathalyzer test.

In this scenario, by voluntarily handing over your cell phone to the officer you inadvertently provided law enforcement with evidence that first sparked the officer to make further inquiry into your sobriety and, second, could be evidence that is used against you in court.

Law enforcement’s ability to search a driver’s or arrestee’s cell phone has been the subject of recent court cases all over the country. See this excellent NY Times article for more information  on the variety of court decisions on this topic nationwide. In some circumstances (and in certain jurisdictions, such as Massachusetts) courts have upheld the use in court of evidence found in searches on one’s cell phone where the person is under arrest. But in the scenario above, there’s no way of knowing whether the access to your cell phone occurred before or after you were under arrest.

Bottom line – everyone should implement some sort of access security on their cell phones, but not handing your cell phone to a police officer with your Digital Insurance Card on it would be a good first step to protecting your privacy.