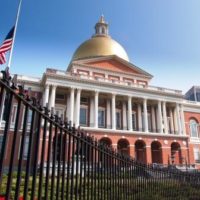 Out-of-state employers can no longer hide behind a wall of jurisdiction when determining the forum for wage act cases.

The 1st Circuit Court of Appeals recently concluded in Cossart v. United Excel Corporation, et al., that a federal court in Massachusetts could exercise personal jurisdiction over a Kansas employer, who was being sued in the Federal District Court in Massachusetts for breach of an employment contract by a sales representative hired to work out of his home in Massachusetts.

The defendant, United Excel Corporation (“UEC”) is incorporated and headquartered in Kansas. UEC recruited the plaintiff, Cossart, to work out of his Wayland, Massachusetts home. UEC and Cossart entered into an employment contract that allowed Cossart to continue to work out of his Massachusetts home and UEC would equip Cossart’ s home office with a computer, printer, cell phone, business telephone number, and video conferencing equipment. In addition, UEC registered a sales office in MA for Cossart and continued that registration throughout his employment.

In 2013, UEC and Cossart became involved in a dispute over the payment of commissions due on sales originated by Cossart. Cossart had arranged a deal between UEC and a California hospital. UEC refused to pay Cossart the full commission of $219,000 Cossart alleged he was due pursuant to the employment contract. Cossart then sued UEC in a Massachusetts court for violations of the Massachusetts Wage Act. UEC removed the case to the Federal District Court for the District of Massachusetts, and then moved to Dismiss the case based on personal jurisdiction.

This is where things got interesting.

Typically, a well drafted employment contract will contain a choice of law clause and forum selection clause. A choice of law clause identifies the state (or federal or international) law that is applied to disputes and a forum selection clause identifies the jurisdiction that the a court case must be filed in. However, the employment contract between UEC and Cossart failed to include either key clause.

For the Court to find personal jurisdiction over UEC, it first had to determine if the requirements of the Massachusetts Long-arm statute had been satisfied. If the requirements were met under the MA Long-arm statute ( G.L.c. 223A, §3(a)), then the Court had to determine whether the exercise of personal jurisdiction would be consistent with the United States Constitution’s Due Process Clause.

Massachusetts Long-arm state, G.L.c. 223A, §3(a) states that a court may exercise personal jurisdiction over a person “as to a cause of action in law or equity arising from the person’s….transacting any business in this commonwealth.” The Court determined that although Cossart’s solicitation of hospitals in Massachusetts was unsuccessful, and although the deal he secured was with a California hospital, he had still transacted business from his home office in Massachusetts and did so according to his employment contract with UEC. Cossart’s claim arose out of the work he did from his home office to acquire the deal with the California project.

Once the Court determined that the MA Long-arm statute had been satisfied, the court applied a 3-prong test to determine whether the exercise of specific jurisdiction over an out-of-state defendant conforms to due process.

Of particular importance to businesses from out of the state who employ individuals within Massachusetts, the Court concluded the following:

Therefore, the Court found that the Federal District Court of Massachusetts could exercise personal jurisdiction over UEC.

Key points to take away from the ruling in this case:

If you are a business located outside of Massachusetts and you employ Massachusetts workers, you should consult an attorney to review your employment contracts and advise you on Massachusetts law. Call The Jacobs Law LLC today at 1-800-652-4783 or email us at ContactUs@TheJacobsLaw.com.