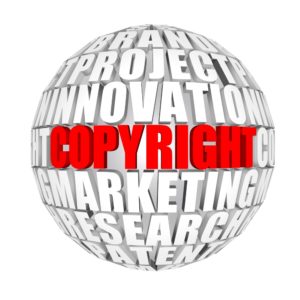 In a recent copyright infringement case, (Greene v. Ablon, 2015 U.S. App. LEXIS 12305 (1st Cir. Mass. July 16, 2015) the 1st Circuit Court of Appeals affirmed a jury’s $19,000 award to the plaintiff, even though the trial court initially made an error in analyzing the plaintiff’s claim. The Appeals Court reasoned that the trial court’s determination that a work cannot be both joint and derivative was, as a matter of law, false. However, since the plaintiff was unable to prove that the court’s error harmed his infringement claim in any way, the judgment was affirmed.

The plaintiff in Greene v. Ablon specialized in treating children with ‘explosive behavior’. He wrote a book called “The Explosive Child” and co-authored a book with Dr. J. Stuart Ablon called “Treating Explosive Kids”. After a falling out with Ablon, Greene sued for copyright infringement claiming Ablon used PowerPoint slides that infringed on his solo work “The Explosive Child”. The District Court initially limited the scope of Greene’s copyright infringement claims by determining the co-authored book “Treating Explosive Kids” was a joint work and not a derivative work. Greene appealed that ruling, arguing that the trial court improperly limited the evidence that he was allowed to present at trial.

The 1st Circuit Court of Appeals agreed with Greene, determining that the trial court erred in their determination that a work cannot be both joint and derivative. However, the court reasoned, Greene had failed to provide any evidence to show that the error improperly limited or prevented the adjudication of his claim. Had Greene produced evidence to demonstrate that “Treating Explosive Kids” was a derivative work of “The Explosive Child” and Ablon did actually use expressions that were not verbatim in “Treating Explosive Kids” but rather were in “The Explosive Child”, the verdict would have been overturned.

If you believe you have a copyright infringement claim, please schedule a consultation with experienced lawyers in this area of law at The Jacobs Law, LLC.