If you are a home improvement contractor, you should be aware of a recent case addressing the consequences of a home improvement contractor’s failure to register with the state pursuant to M.G.L. Chapter 142A. Not only was the contractor deemed liable for the homeowner’s damages, but the failure to register constituted an unfair and deceptive practice in violation of M.G.L. Chapter 93A and allowed the homeowner to collect to treble damages plus attorney’s fees and costs. 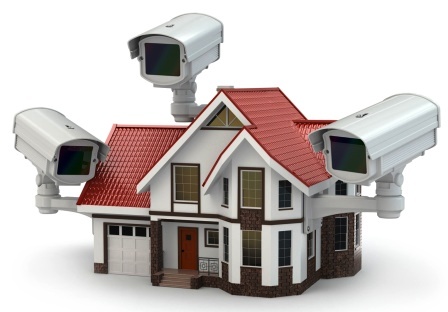 In Groleau, the homeowner (Plaintiff) was involved in a payment dispute with the home improvement contractor (defendant) after the contractor abruptly left the project without any justification given to the homeowner. However, evidence suggested that the homeowner had failed to pay an entire installment balance due by the due date. The home improvement contractor sued the homeowner for the unpaid amounts on the project and the homeowner counterclaimed alleging that the contractor’s failure to register with the state pursuant to M.G.L. Chapter 142A deprived her of the right to arbitrate the dispute through HICARB and this cost her the opportunity for a potentially faster, and cheaper resolution to the dispute than litigation would have provided. This caused her an injury that justified an award of damages within the meaning of Chapter 93A.

“Chapter 142A makes it unlawful for any agreement for residential contracting services to contain a provision that would ‘waive any rights conveyed to the owner under the provisions of this chapter.’”

The contractor alleged that the homeowner had signed an affidavit which waived her rights to arbitration and acknowledged that she was aware the contractor was unregistered. However, “Chapter 142A makes it unlawful for any agreement for residential contracting services to contain a provision that would ‘waive any rights conveyed to the owner under the provisions of this chapter.’” Additionally, the Judge concluded that the affidavit did not actually (or, rather, properly) waive the homeowner’s right to arbitration, and it does not waive Chapter 142A rights in a clear and conspicuous way that would be expected in a consumer/ business owner transaction. Therefore, the affidavit served as notice to the homeowner and not an actual waiver of rights.

The homeowner alleged that the contractor violated Chapter 142A by operating without a certificate of registration. However, the judge determined that did not necessarily invalidate the contract and that violations of Chapter 142A and 93A did not establish liability without a showing of damages.  The court found the homeowner demonstrated damages by her inability to arbitrate as well as the contractor’s abandonment of the job which caused the homeowner to incur additional costs to complete the project and deprived the homeowner of occupancy of the property for a longer period of time than she otherwise would have had to endure.

If you are a home improvement contractor and would like advice on regulatory compliance, or if you have received a demand letter or complaint alleging unfair and deceptive practices in violation of Massachusetts General Law, Chapter 93A, please contact a business litigation lawyer at The Jacobs Law LLC. You can reach us at 800-652-4783 or BUSINESS@THEJACOBSLAW.COM.