Cell Tower Tracking is a method used by prosecutors in criminal cases all over the US to ‘pinpoint’ the location of a defendant and link him/her to a particular crime. Cell Tower Tracking has been used for years…over a decade…for this purpose. And it has been almost always addmitted as evidence against the defendant to prove the defendant’s vicinity to the crime. However, recent studies and a judicial review of it, have shown it to be a junk science. You can read the court’s opinion and order for this ruling here.

U.S. District Judge Joan H. Lefkow in Chicago tried the Evans case and engaged in a comprehensive review of the cell tower evidence that the government wanted to admit as evidence. Judge Lefkow wrote “multiple factors can affect the 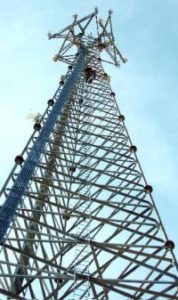 signal strength of a tower” and the government’s “chosen methodology has received no scrutiny outside the law enforcement community.” The court concluded that the government had failed to demonstrate that the testimony concerning the cell tower tracking evidence.

This ruling is the first defense victory against the use of cell tower tracking evidence based on Daubert, the test developed in the landmark 1993 U.S. Supreme Court case Daubert v. Merrell Dow Pharmaceuticals. The Daubert Test sets the standards and guidelines which a judge must follow in determining the admissibility in court of expert testimony based on scientific information and data for use as evidence and/or to assist the judge or jury in coming to a decision.