The California Labor Commission recently ruled that a former Uber driver was improperly classified as an independent contractor and was instead an employee. While the decision only involves the claims of one former driver of the ride-sharing startup, it could have a rippling affect through not only Uber and its on-demand ride competitor Lyft, but other established and emerging businesses who employ the “crowdsourcing” model. The so-called “1099-economy” could be in jeopardy if decisions like this gain traction – especially in light of the fact that both Uber and Lyft face class action lawsuits by drivers who argue they should be considered employees. 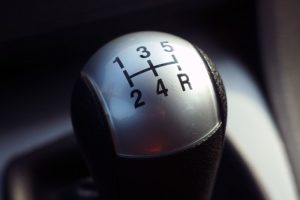 The decision could force companies providing on-demand services to consumers by classifying their drivers, housekeepers, and delivery persons as independent contractors, to rethink their business models, or possibly refraining from starting a business venture to begin with.  The problem is that classifying contract workers as employees would subject these companies to huge increases in operating expenses, including payroll taxes, workers’ comp., and unemployment insurance.  If these workers are employees, they would also be entitled to regular wages and reimbursements for things like gas and car insurance, if they use those in their business.  For many startups, such operating expense increases would effectively destroy their businesses without significant changes to their business models.  If you consider the sheer number of Uber drivers alone, which according to Uber’s own data stood at 162,000 “active drivers” in January, not to mention the thousands of other crowdsourcing startups using independent contractors, it is clear that the decision could have a devastating impact on the 1099-economy and the crowdsourcing business model as we know it.

Where the California Labor Commission’s decision, which was just appealed by Uber, and the class actions against Uber and Lyft end up is still open.  But what is clear is that any business who uses independent contractors need to take a close look at the factors that the jurisdictions where they operate use in determining whether their workers are actually employees.