The UCC: Contracts, Invoices, & Sales Slips For the Purchase and Sale of Goods 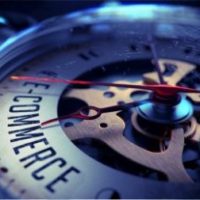 The UCC’s Battle of the Forms & Knock-Out-Rule: Don’t get TKO’d by Conflicting Terms

A recent avvo.com post reminded me that along with the American resurgence in manufacturing, is a resurgence in the importance of 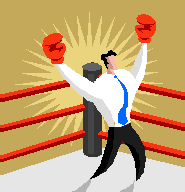 the Uniform Commercial Code (UCC). Then only days later I received an email promoting a conference titled something like “Is the UCC dead?” or “Has the UCC lost its relevance?”.

There may be disagreement over the importance of the UCC these days, but there is no shortage of disputes involving the purchase and sale of goods – which is exactly what the UCC applies to. Most businesses are entirely unfamiliar with the Uniform Commercial Code or have never even heard of it UNTIL a dispute over the sale of goods arises. These disputes often involve problems over delivery dates, non-confirming goods (i.e. the buyer doesn’t receive what it ordered or the specs are not as advertised), quality, quantity, price, dispute resolution or indemnification.

If the buyer and seller have an independent, comprehensively drafted contract to govern the purchase and sale of goods between them, signed by both parties, then that contract will likely control. But if there are missing terms or provisions OR if the ‘contract’ is merely printed on the back of a quote or purchase form from the seller and an order form from the buyer, then any conflicting or inconsistent terms may be cancelled out entirely and replaced by the UCC’s ‘gap-fillers’. So, for example, if a buyer’s order form contains a provision requiring indemnification by the seller while the seller’s sales invoice contains a provision expressly stating it does not indemnify the buyer, then the conflicting provisions could be cancel out by a court interpreting the contract, and default to the UCC’s gap-fillers (a/k/a ‘default terms’).

A Battle of the Forms: An Example of the Knock-Out Rule in Play

To illustrate how this works in the real world, take the following example:

Where contracts for the sale of goods are concerned, this is often referred to as “The Battle of the Forms”. And who wins is so very important to both parties. ACME Corp. may have to reimburse Wiley Corp for the entire purchase price which could be hundreds of thousands of dollars. Wiley Corp. may be stuck with 100,000 toy trains that it cannot sell and cannot return to ACME Corp or get a refund, and may incur the cost to properly dispose of them all.

In this “Battle of the Forms” between Wiley Corp. and ACME Corp., who wins? Is the deadline to file suit over the defective trains 1 year OR is it 3 years? A better question may be why did neither Wiley Corp or ACME Corp’s lawyers advise them that serious issues can arise where there are conflicting terms contained in purchase forms, quotes, sales invoices and/or sales slips? Did Wiley or ACME consult a lawyer? The failure to obtain a relatively inexpensive consultation with an attorney could now cost one of them hundreds of thousands of dollars.

According to Section 2-207 of the UCC, several factors will determine whether Wiley Corp. or ACME Corp. wins the Battle of the Forms. Despite the fact that the parties have submitted differing contract terms to each other, the UCC allows for the creation of an enforceable contract even if the acceptance of the contract contains terms in addition to the terms offered. The additional terms become part of the contract UNLESS (and this is a big ‘unless’):

This process is called the “Knock-Out Rule” and it is used by courts to resolve a “Battle of the Forms” where the forms contain conflicting terms. The result is a valid contract where by operation of the rule the conflicting terms are rejected (or knocked out) and replaced by the gap-filler provisions of UCC Article 2.

In our example, ACME Corp’s motion for summary judgment based on the one-year statute of limitations contained in its form will fail because of the “Knock-Out Rule.” The one year limitation provision in ACME Corp’s quote form directly conflicts with the three-year limitations provision contained in Wiley Corp’s purchase orderf form. At the end, both parties’ terms are knocked out of the contract and replaced by the gap-filler, the UCC § 2-725’s default four-year statute of limitations. ACME Corp loses.

How to Avoid Getting TKO’d in a Battle of the Forms:

ACME Corp could have done something that would have easily preventing this outcome: make the intent of the parties clear by adding a requirement to its order intake process. If ACME Corp required that both parties sign a sales confirmation instead of merely accepting a purchase order form that could contain terms that are contradictory to its own quote / sales form. This can be implemented in the following way. ACME Corp should have sent a quote to the potential buyer (Wiley Corp) inviting it to submit an order but specifically and expressly stating that no agreement or sale can be made until both parties sign a sales confirmation to be provided by ACME Corp after the order details are specified. This requirement defines how a contract can be formed between the buyer and seller, and ensures that the buyer’s response to the quote (regardless of whether it contains conflicting terms or not) will not be construed as an acceptance by the seller with conflicting terms.

The seller’s additional sales requirements should avoid a “Battle of the Forms” and eliminate the chance that the “Knock-Out Rule” will apply. This arrangement will likely withstand scrutiny by the courts as long as there is not a great disparity in bargaining power between the buyer and seller such that the adhesion sales confirmation’s terms would be deemed to violate public policy.

In the context of e-commerce, where the parties can exchange multiple forms contained on a website, in emails and in attachments to emails, and via fax, a seller should take a few extra steps to ensure its terms will control the sale. Where a seller posts its price lists on its website or where it e-mails a quote to a prospective buyer, the seller should expressly state on its website and in its emails that the formation of a contract for sale is conditioned on a signed sales confirmation. Once the buyer submits its order, the seller should respond by sending a sales confirmation to the buyer (with the statements and Integration Clause discussed above) and require that the buyer sign and return to the seller the sale confirmation to complete the sale and form a contract.

Your Attorneys for UCC Law and Sale of Goods Contracts.