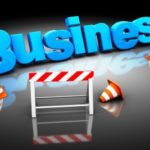 Recent Court Ruling Identifies How a Social Media Profile May Violate a Non-Compete or Non-Solicit Agreement Many business owners and their employees, such as a sales representatives, consultants and account managers, regularly use their personal accounts on social media websites like Facebook, Twitter, and LinkedIn to promote their business, identify sales leads and communicate which existing… Finish Reading Your Social Media Account May Violate Your Non-Compete or Non-Solicitation Agreement