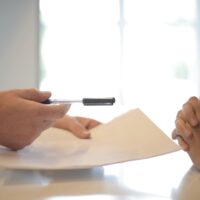 Restrictive Covenants are contractual agreements between employees and employers, or between the buyer and seller of a business. Non-Competition Agreements (also called Non-Compete Agreements, Covenants Not to Compete, or simply non-competes) are agreements whereby the employee/seller promises not to compete with the employer / purchaser of the business for a specific period of time and/or within a particular geographic area should the relationship terminate. Non-Solicitation Agreements are agreements whereby the employee or seller of a business agrees not to pursue the customers, clients and/or other employees of the purchaser / employer. Non-Disclosure Agreements (also called Confidentiality Agreements) are agreements whereby the employee or seller of a business agrees not disclose the Confidential Information learned during and/or through the relationship between the parties. Massachusetts courts have generally enforced such covenants where necessary to protect trade secrets, confidential data, or the employer’s good will, but there are specific limitations to these agreements and Massachusetts law on Non-Compete Agreements may be changing in the very near future. In enforcing a Non-Compete Agreement, the courts balance the reasonable needs of the former employer / purchaser of a business against the rights and interests of the employee to earn a living. They also take into consideration the purpose of and manner in which the agreement was made, whether there was sufficient consideration to support the agreement, and the public’s interest in not enforcing Non-Compete Agreements if they interfere with ordinary, healthy competition or violate some other aspect of public policy.Confidential Information or trade secrets are generally defined as valuable information used in the business that gives that business an advantage over a competitor who does not know or have access to that information. The greater the value attributed to the information, the more likely the courts will enforce the Restrictive Covenant. However, courts typically do not enforce the agreement if the employee or seller of the business can demonstrate that the Confidential Information was not disclosed by him/her/the business or was made public by some other unrelated individual. Good will is generally defined as a beneficial relationship between a business and its customers or clients. The disruption of the good will relationship between a business and its customers occurs when a salesperson leaves his employer and attempts to entice or solicit the former employer’s customers to now become customers of the new employer.

A Non-Compete Agreement will generally only be enforced by the courts if the restrictions and limitations imposed on the employee / seller of a business are reasonable in time and geographic area. Short-term employees are not as great a threat to the former employer’s good will relationship with its customers than long-term employees. Massachusetts courts consider the totality of the facts and circumstances in determining whether to enforce Restrictive Covenants, such as a Non-Compete Agreement. For example, courts will consider the nature of the employment, the relationship between the parties, the relative bargaining power, whether the terms and provisions were negotiated, the consideration (i.e. compensation) the employee or business seller was given for his/her agreement to the Restrictive Covenant, and whether the employee was terminated or left the employment voluntarily. Moreover, courts examine the necessity of the time and geographic restrictions for the protection of the employer’s business and balance that necessity against the right and interest of the employee to work to earn a living. Restrictive Covenants designed to protect an employer’s good will relationship with its customers will generally be enforced with respect to the geographic area previously served by the employee, especially when the employee was a salesperson. However, courts have the power to reduce or expand the scope of the geographic area as it deems just and necessary.

“Any contract or agreement which creates or establishes the terms of a partnership, employment, or any other form of professional relationship with a physician registered to practice medicine pursuant to section two, which includes any restriction of the right of such physician to practice medicine in any geographic area for any period of time after the termination of such partnership, employment or professional relationship shall be void and unenforceable with respect to said restriction; provided, however, that nothing herein shall render void or unenforceable the remaining provisions of any such contract or agreement.”

If you need an attorney to draft or review a Non-Compete Agreement, Non-Solicitation Agreement, or Non-Disclosure Agreement, or to litigate the enforceability of these types of agreements, please contact an attorney at The Jacobs Law, LLC at 800-652-4783 or ContactUs@TheJacobsLaw.com.