Section 1782 Filings for Foreign Discovery in the United States

Using 28 U.S.C. Section 1782 Applications to Obtain Discovery of Documents, Evidence and Testimony in the United States

28 U.S.C. Section 1782 allows for the production of documents, evidence and testimony from or by individuals or businesses located in the United States for use before a foreign tribunal.  If you are a transnational lawyer or litigant – or interested non-party – with a case pending or planned before a foreign tribunal, you may take advantage of this valuable discovery tool. The Jacobs Law, LLC is available as local counsel to file Section 1782 applications with the Federal District Court in Massachusetts and otherwise pursue discovery requests on behalf of foreign litigants and interested non-parties. 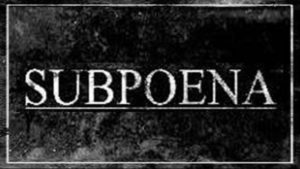 The Jacobs Law Can Draft & Submit

A Boston Civil Litigation Lawyer at The Jacobs Law LLC (also referred to as a Solicitor or Barrister in foreign jurisdictions) will review the facts of your foreign case (or planned case), advise you as to the applicability of Section 1782 and the discovery sought and, where appropriate, file the Section 1782 application with the Federal District Court of Massachusetts as local counsel. Lawyers at The Jacobs Law LLC will draft all the documents required to properly submit the Section 1782 application, litigate the issues or motions for protective orders, and pursue the documents, evidence and testimony, as necessary.

Section 1782 Applications are an excellent alternative to the cumbersome Letters Rogatory procedure. Section 1782 allows foreign litigants and interested parties (which is broadly defined to include even non-parties) involved in foreign proceedings to obtain the production of documents, evidence and testimony in the United States for use in a foreign proceeding. The scope of ‘foreign proceeding’ is also interpreted quite broadly, although there is a split in certain circuit courts in the United States, even private foreign arbitral bodies such as the Permanent Court of Arbitration at The Hague have been found to constitute a ‘foreign tribunal’. The ‘foreign proceedings’ need not even be currently instituted–they may be “in reasonable contemplation”. This provides foreign litigants with the ability to obtain substantial amounts of pre-litigation documents, evidence and testimony for use in settlement discussions as well as planning a strategy for planned litigation. Once a Section 1782 Application is accepted / allowed, the Federal Rules of Civil Procedure apply to the proceedings and any discovery requests and procedural issues.

To be sure, there are threshold requirements that must be met, including the following:

Factors Used to Admit or Deny a Section 1782 Application

In an odd recent attempt to utilize §1782 in a US arbitration proceeding taking place in Virginia, with US arbitrators applying New York law, the US District Court for the District of Massachusetts re-emphasized the fact that discovery orders pursuant to §1782 is purely discretionary.  In Re: Application of Hanwha Azdel, Inc. and Hanwha L&C Corp. for Assistance Before a Foreign Tribunal (C.A. No. 13-mc-93004-MAP) (Oct. 29, 2013). “[T]he court will exercise its discretion to decline to permit discovery pursuant to [28 U.S.C.] §1782 in the circumstances of this case. In Intel Corp. v. Advanced Micro Devices, Inc., 542 U.S. 241 (2004), the Supreme Court determined that discovery under §1782 is authorized, though not required, when ‘(1) it is directed at a resident of the district in which the court sits; (2) it is intended for use before a foreign tribunal; (3) it is based upon the application of a person interested in a foreign proceeding; and (4) it does not require disclosure of privileged materials.’

The Court continued, “Even when these four criteria are met, however, the court merely has the discretion to order discovery. The scope of that discretion is governed by four additional factors.” (emphasis added). The Court laid out the four discretionary criteria which are, essentially, the factors used to admit or deny a Section 1782 application as stated above:

(b) This chapter does not preclude a person within the United States from voluntarily giving his testimony or statement, or producing a document or other thing, for use in a proceeding in a foreign or international tribunal before any person and in any manner acceptable to him.

THE JACOBS LAW | Your Attorneys for Section 1782 Applications